“Art is not a luxury but an essential - like air, it enables us to grow.”

This quote by Iain Dickson Gill captures the importance that art and art history have played in the life of Terry Capps, curator of the Pearl Fincher Museum of Fine Arts.

For the past fourteen years, Terry Capps has served as a Board Member of the Pearl, serving as treasurer from 2004-2009.  In January 2016, Terry’s lifelong dream became a reality when she took on the curatorial duties at the museum.

​Longing to see iconic paintings in person, Terry traveled to 55 countries, touring many of the major art collections in the world. Terry’s greatest joy is being a mother to her son Wesley and daughter Kristin and being a grandmother to Hayden, Parker, and Aspen.
GUEST SPEAKER
Chip Hosek
Collector, The Hosek Collection of American Art 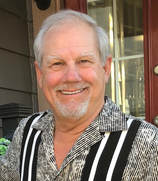 Stewardship — preserving art for future generations — has been Chip Hosek’s goal as he continues to expand his collection. As the Pearl Fincher Museum of Fine Arts begins its second decade of showcasing fine art to Northwest Houston, Chip’s generosity in sharing his passion provides a rare opportunity  to view these American masterpieces in our community.
​For questions and volunteer opportunities, please contact Director of Development Clara Lewis at clarapfmfa@gmail.com or 281.547.8038.