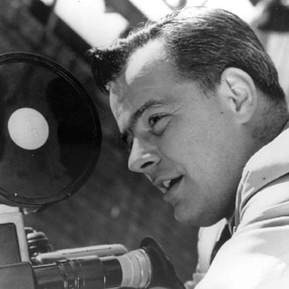 Known as "FDR's filmmaker", Pare Lorentz was the documentarian filmmaker that broke the mold of traditional movies made in the 1930s. Lorentz, with support from Franklin Roosevelt and the US government, was one of the few filmmakers making documentaries about the life of every day Americans living through the Great Depression during a time when Hollywood movie studios ,like MGM and Warner Brothers, were dominating the box office with musicals and comedies. Before becoming a filmmaker, Lorentz was a well known film critic, writing for Vanity Fair, Town and Country and McCall's. An outspoken individual, it has been said of Lorentz that his directness and honesty "got him fired almost as often as he was hired."