Vistas and Voyages:
The Photography of Don Pine
Rebecca Cole Gallery
September 19, 2020 – January 9, 2021
​
Click HERE to listen to artist's commentary about images.
Vistas and Voyages features a selection of images from landscape and nature photographer, Don Pine.  A native Texan, Don has been involved in photography all his life. His father, Glenn Pine, was a WWII Marine Corps photographer and a lithographer, and under his tutelage Don first witnessed the magic of photography while watching images emerge in the chemical baths of a home darkroom. Don’s first camera was a Kodak Brownie and family vacations through the Southwestern US provided subjects for his first images. His imagination was stirred by the striking photographs of Ansel Adams (whom he met in 1977), and later, David Muench.

During Boy Scout campouts, and especially a trip to Philmont Scout Ranch in the mountains of Cimarron, New Mexico, Don began a life-long love of nature and the outdoors. Tours of duty with the Navy in Japan and the Far East (where Don bought his first SLR-type camera, a Pentax Spotmatic) and a six-week trip across Europe after graduate school, instilled the desire to travel and experience other cultures and beautiful places throughout the world. Don has now traveled to all seven continents and 74 countries. 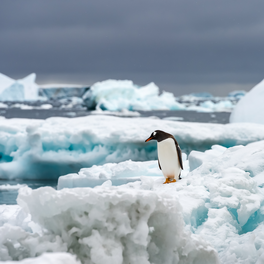 During college at Texas Tech University, several courses in design solidified Don’s intuitive understanding of the basic rules of composition. Later, retirement from a successful business career in 2005, together with rapid advances in digital photography, gave Don the time and ability to travel and seriously work on improving his technical and creative skills.

Don credits the mentorship of several well-known photographers as being critical to his growth as a photographer. Foremost among these are Marc Muench (David Muench’s son) and Andy Williams, co-founders of Muench Workshops, with whom Don has traveled over a dozen times. This relationship has allowed Don to shoot alongside David Muench during trips to Utah and Kenya. Don has also been fortunate to travel with and learn from several National Geographic photographers such as Joel Sartore, Kim Heacox, and Rich Reid.

Vistas and Voyages showcases Don’s ability to create portraits that capture the personality of both animals and people, and grand landscapes that invite us in and cause us to marvel at the magnificence of God’s creation.
Above:
Don Pine, Gentoo Penguin on Ice (Antarctica), 2015, digital photograph, 30” x 30”