Born in San Antonio in 1913, Emma Lou Powell had a successful career as a fashion illustrator in New York before returning to Texas in 1938. In the mid-1960s, she began to study with Reginald Rowe, an accomplished abstract painter who was co-teaching a critique class at the McNay Art Museum. Rowe would be become teacher to both mother and daughter, Diana, who started taking classes from him in 1985 at Emma Lou’s suggestion. Under the influence of Rowe, Emma Lou began to incorporate the principles of Abstract Expressionism into her work with a special emphasis on color, texture, use of space, and placement of forms. In works such as Totemic Images, this shift is apparent. Other works in the exhibition like Variation of Rublev’s “Icon of the Trinity” illustrate Emma Lou’s process of applying paint in thin layers and then scraping it off to create an almost faceted effect.

Diana Powell grew up around the art of her mother and took her only painting class as a child at the very museum where her mother met Rowe.  Influenced by an early experience seeing the work of Degas and tiny lines of color juxtaposed, Diana worked mostly in pastels for many years. She graduated from the University of Tennessee at Martin with a degree in geology, which influences her work. Her large untitled work in the exhibition was a recent commission by her daughter and son-in-law. A strong design made of color blocks, the painting includes layers of built-up paint, which work together to ultimately emphasize the flatness of the canvas. Diana also cites the influence of Hans Hoffmann who told his students at the Art Students League in New York to attack the painting. One can find evidence of the attack in the black paint splatters and bold gestural strokes.

The Northwest Houston Collects series showcases private collections in close proximity to the Pearl. Past exhibitions have included Friends and Neighbors and The Landscape in Art. 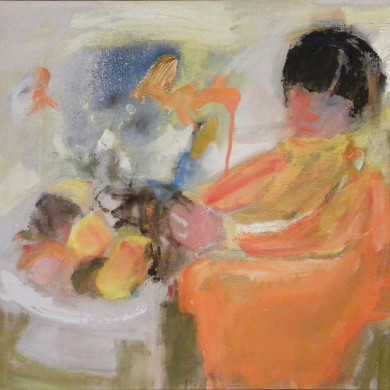 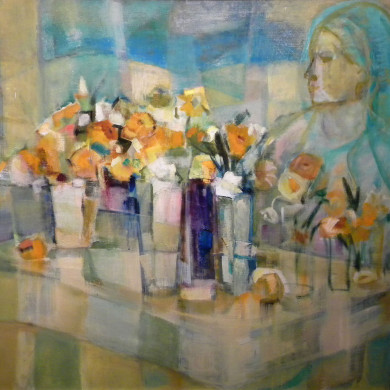 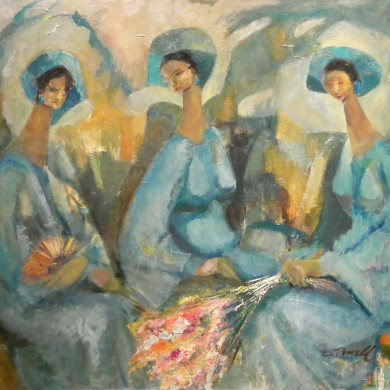 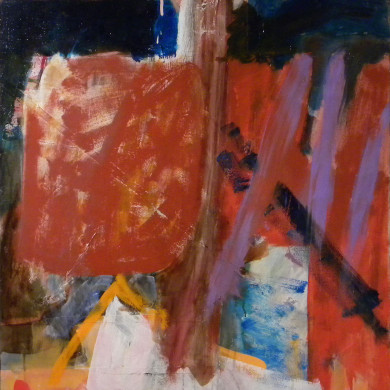 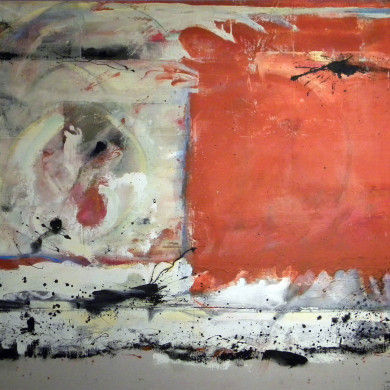 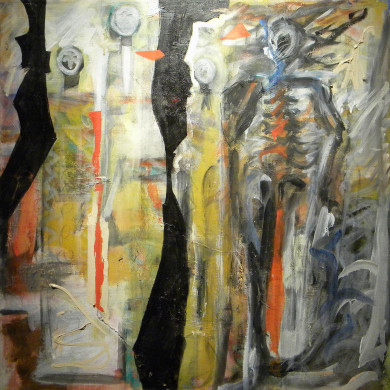